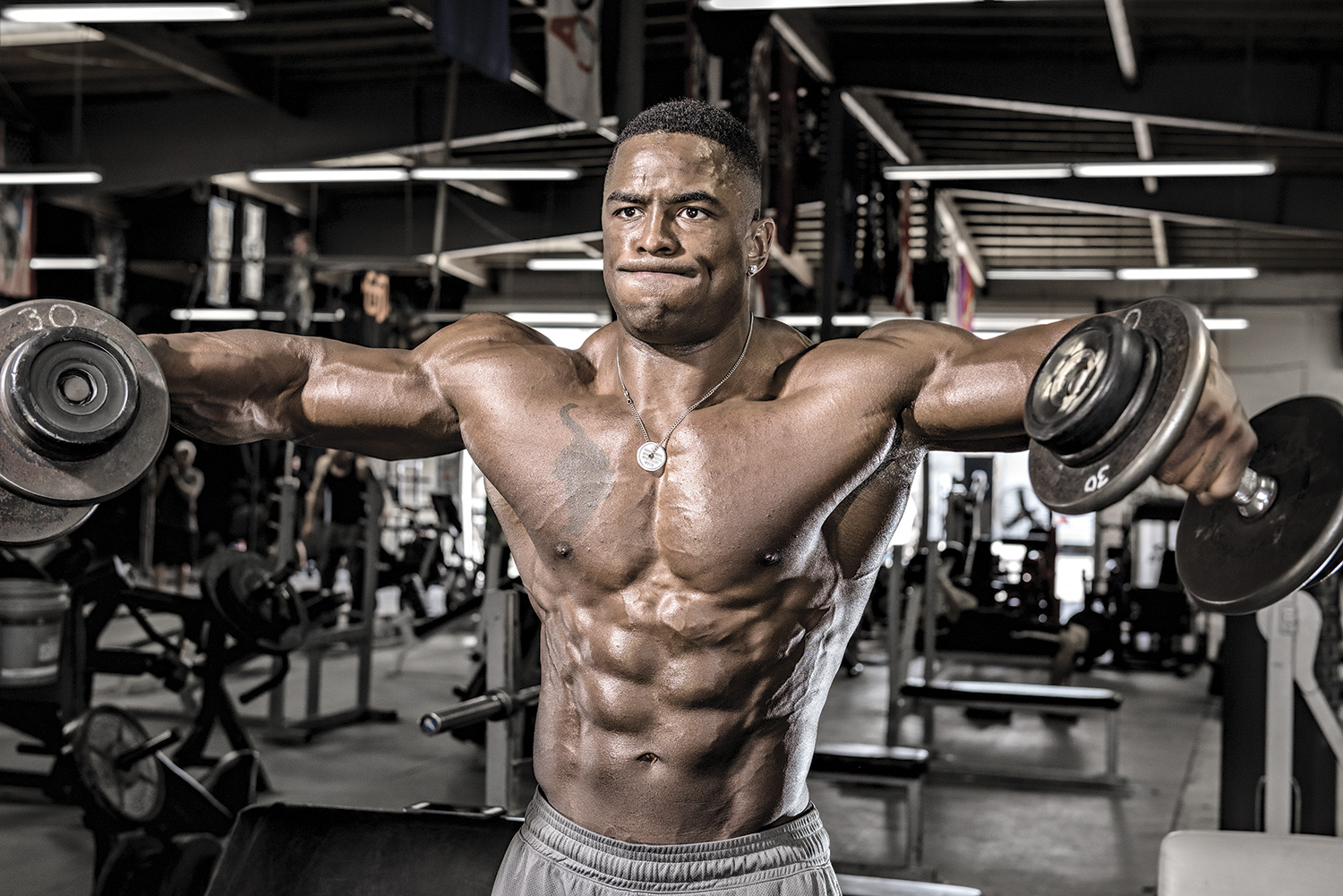 Big shoulders (delts) are as desirable for bodybuilding beginners as big biceps. The big muscles of the shoulders make the back wider and give the upper body a V-shape. Do not forget that basic back exercises with weights effectively pump your arms (biceps, triceps and shoulders). It is the “base” that will provide you with a large mass. 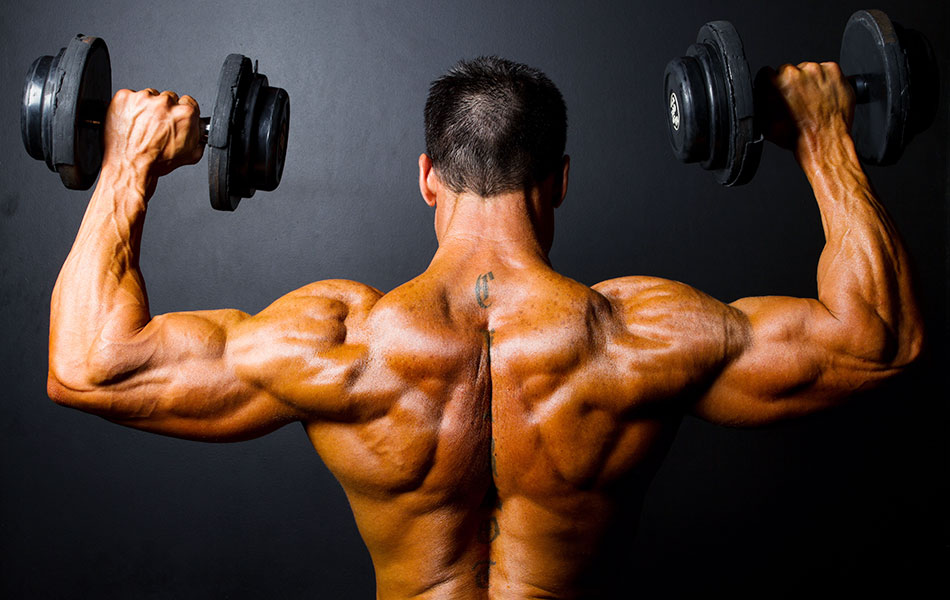 In isolation shoulders exercises you will work with light weights and increase them more slowly than in the basic exercises. But isolation exercises alone are not very effective if the goal is muscle gain.

How often should I do shoulder exercises with dumbbells ?

If you go to the gym 3 times a week, then you do not need to set aside a separate workout for your shoulders. 2 exercises are enough – one basic with a barbell and the second isolation with dumbbells. It may be necessary to highlight a separate workout for the shoulders if you have been engaged in bodybuilding for a long time, have noticed that your shoulders are “behind” and want to pay more attention to them.

The deltoid muscle of the shoulder consists of three bundles:

For the development of deltas, basic exercises (including many different muscles) and isolation exercises (maximum load falls on the muscle being worked out) are used. The best and most effective are bench presses on the shoulders.

The most effective shoulder exercises (delts)

Bench press up is one of the best exercises for increasing the mass of the deltoid muscles of the shoulders.

Bench press up from behind the head

The main work is performed by the lateral and front bundles of deltas.

If you want to reduce the load on the spine, do the exercise while sitting on a bench with a back.

The bench press from the chest shifts the load on the front bundles of the deltas.

READ  Seated Tricep Press: the most effective exercise? How to save elbows from injury?

The chin pull is best done with a curved EZ bar or dumbbell. This removes unnecessary strain from the wrists; during the exercise they will be in a more natural position.

Isolation shoulder exercises: from Shoulder press to Overhead and Others

Dumbbells fly is an isolation exercise for medium bundles of deltoid muscles.

Remember, in this exercise, your goal is not to raise the dumbbells as high as possible, but to bring your shoulders to a position parallel to the floor.

So that the maximum load falls on the shoulders, do not swing the body and do not perform movement due to inertia.

READ  Push-ups from the floor: how to do it CORRECTLY (+ push-ups program)

The technique for performing the exercise is similar to the upward barbell press.

Arnold’s bench press is one of the most effective shoulder exercises that works out the anterior bundle of deltoid muscles.

Most of the load falls on the front deltas.

During the warm-up before training, be sure to do exercises on the shoulders with a light, “warm-up” weight. This will save you from shoulder injuries, which is very common among those involved in bodybuilding and strength sports.